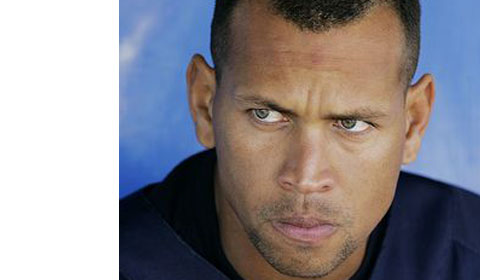 When the phrase “New York Yankees” is mentioned these days, it’s pretty hard not to think of Alexander Emmanuel Rodriguez—third baseman for the New York Major League baseball team. Better known to his legions of fans as “A-Rod”—the Dominican baseball star is well-known for his lively reputation both on and off the field.

Aside from his informal “brand” as a Ladies’ Man, Alex Rodriguez is known for being one of the best all-around baseball players of all time.

One might even say that A-Rod has baseball in his blood. Taking up the sport since he was a little tike, Rodriguez played baseball throughout his high school and college careers.

Before the Yankees snagged him, he was a shortstop for the Seattle Mariners and Texas Rangers. Documenting his sports career is easy; with an extensive and impressive list of stats, A-Rod is a sports fan’s dream.

When you can boast being one of the youngest players ever to hit 600 home runs, you can bet on a lot of hoopla following you around. As a reward for his skills, in 2007 A-Rod was offered nearly $300 million dollars of “hoopla”–a 10-year contract with the New York Yankees.

When you’re worth that kind of money, seeing your name attached to stuff shouldn’t come as a surprise. For Alex Rodriguez, this “branding” began somewhere around 2008, when a baseball stadium on the University of Miami Campus was named after him: Alex Rodriguez Park at Mark Light Field (done so after A-Rod donated $3.9 million to the facility.)

A flashy reputation often begets flashy endorsements. Millions of baseball jerseys with his number were sold at Modell’s department store in New York. A-Rod has taken on both Nike and Pepsi—two of the biggest household names in the world. He also happens to own a Mercedes car dealership in Texas.

Despite any controversy surrounding Alex Rodriguez, that boyish charm seems permanently affixed to his image. One peek at the Risky Business spoof from his Guitar Hero commercial (also featuring Kobe Bryant and Michael Phelps) is a true testament.

Sure, you could say that A-Rod’s amazing baseball record precedes any post locker room gossip. But it is more than likely the third baseman’s saucy repute that has made him one of the biggest sports superstars in the world.