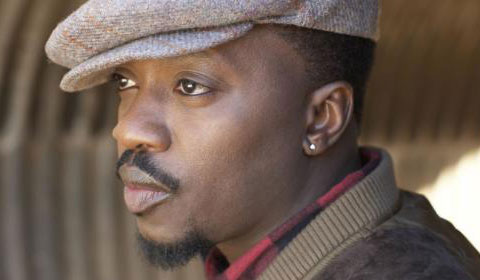 Through the use of a :30 PSA, Hamilton will work diligently to recruit African American male volunteers for the national nonprofit organization. He will also represent CASA at national child welfare conferences and events around the country to raise awareness of the growing number of African American children in the foster care system.

David Soukup, a Seattle Superior Court Judge, developed the CASA concept in 1977, after becoming concerned about making decisions on behalf of abused and neglected children without enough information. He conceived the idea of appointing community volunteers to speak up for the best interests of these children in court.

Today, there are more than 70,000 CASA volunteers who advocate for more than 230,000 children in the foster care system. These caring adults serve as fact-finders for judges by thoroughly researching the background of assigned cases and ensuring that they are brought to a swift and appropriate conclusion.

“We are honored and excited that Anthony Hamilton will serve as one of our national spokesmen,” stated Michael Piraino, chief executive officer of the National CASA Association. “His passion and dedication for children will go a long way to help us recruit much needed African American male volunteers.”

Hamilton will work alongside Judge Glenda Hatchett, who has been a national spokeswoman for CASA for the past seven years, to raise awareness of the organization and to recruit volunteers.

“Our boys need positive role models,” noted Hamilton. “Becoming a part of CASA will provide me with an opportunity to reach out to those men who can become everyday heroes to these children, and help change their life of hurt, into one of hope.”

For additional information about becoming a CASA volunteer, call toll free (800) 628-3233 or visit www.CASAforChildren.org. CASA volunteers must be at least 21 years of age and successfully pass a background check; participate in an in-depth 30-hour volunteer training class; have good oral and written communication skills in order to provide objective recommendations to the court; and upon receipt of their first case, willingly commit to see the case closed, which typically takes a year and a half.