If you have been invited to try the Brit Method App, Avoid its a Scam, be warned! We have reviewed this Bitcoin trading software,there is a whole lot of evidence that we can share with you in this review. We will show what is wrong with the BritMethod Bitcoin system, what it is supposed to do and why it is a scam.The Brit Method Bitcoin software operates an automated bitcoin trading system. This has been created by Jason Taylor for complete beginners who want to profit from trading in bitcoin. The Brit Method signals show you when there is the least risk and the maximum amount of profit to be made.

Jason Taylor has apparently been using the Brit Method Bitcoin System successfully for some time and now wants to offer an opportunity to just twenty people to gain access to his Bitcoin system for free. In return, you only have to agree to make a video testimonial at the end of thirty days to say how successful you have been when trading bitcoin with the Brit Method App.

When you sign up for the free Brit Method Bitcoin software you are asked to deposit some funds into a trading account. Then you upload the app and follow the signals to decide how much to put into each trade. This is supposed to produce hundreds of thousands in profits.Jason Taylor guarantees that if you fail to make enough money in three months with the Brit Method provider will personally pay you £10,000. He says that so far he has never had to pay anyone, because all his beta testers have made much more than that.

Why is The Brit Method a Scam ?Real Reasons Explained 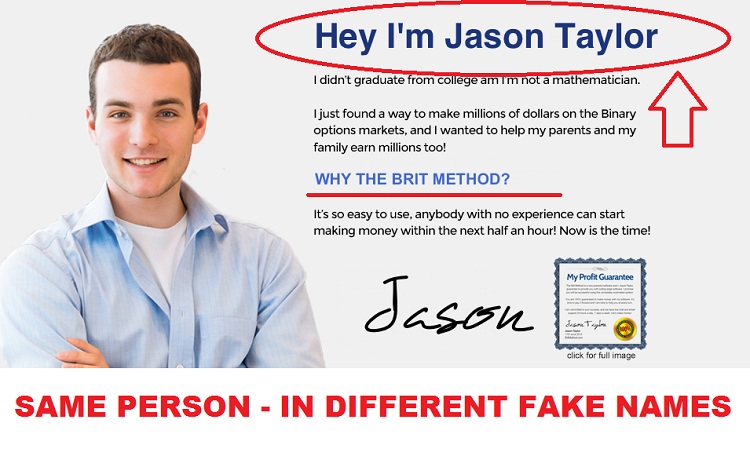 There are a great many reasons why you should not trust this Bitcoin software and in this section of our Brit Method review we can show you the evidence we have gathered. There are suspicious signs, some plain lies and faked content that all go to prove it must be a scam.The nice smiling man pictured on the Brit Method website is exactly the same image that appears on other scam sites. He has model looks and is introduced as Jason Taylor, founder of the Br-Method.com the video Jason claims that with his guidance you can become a multi-millionaire like him. He then shows details of his bank account with a multi-million pound balance. When you get to the Brit Method members page, it states that he has made profits to date of £2,187, 612, but there is no actual proof of this.The Brit method video on the homepage features the usual stock footage, typical of scam websites, of dream locations, luxury cars, big houses and pools. There are also a great many screen shots of accounts with hundreds of thousands in them. These can easily be faked and it is a method often used by scam operators to illustrate imaginary wealth. 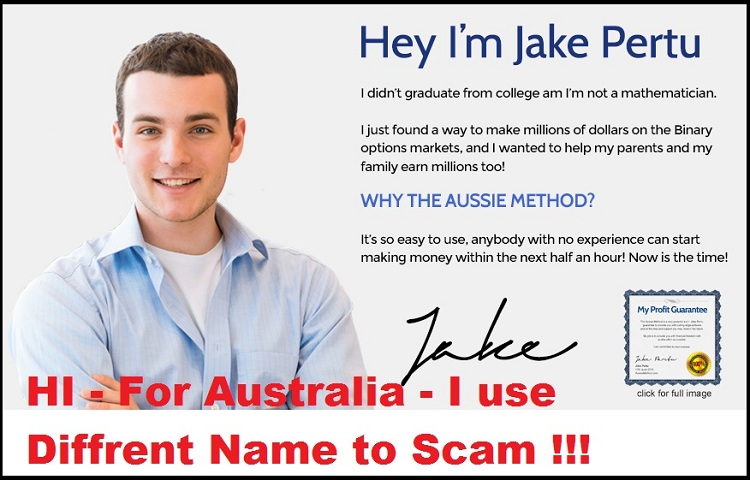 The Brit Method Bitcoin System is Not Free to Join

In the video Jason Taylor explains that there is absolutely no risk involved in trying out the Brit Method Bitcoin system for a month or more, because it is 100% free to access it. The limited offer is made out to be by private invitation only, but we were able to use the website without any invitation and it is clearly open to anyone to register. We very much doubt that the free offer is only available to 20 people. All these lies are evidence of a Brit Method App is scam.There is no mention in the free offer that you will have to open a broker account through the website and fund it with your own money. In the video demonstration of how it works, the starting amount to deposit is £250.

The hard sell comes when Jason offers to pay £10,000 to anyone who does not make “hundreds of thousands” within the first few months. This is mentioned several times but no information is provided about exactly how this is guaranteed. The Bitcoin system has only just become available, so obviously no-one has yet tried to claim this sum.The results shown for trades with the Brit Method Autotrader, and the large sums shown on the members page are not verified, so there is no way we can say in this review that they are genuine. The people seen in the Brit Method video giving testimonials are actors who make themselves available for hire on micro job sites.

The social media testimonials are all fakes. For example, you can see that Tamara has tweeted to thank @britmethod, but when we checked with Twitter for this review we found that there is no such account. It is likely that none of the senders exist because no usernames appear in their tweets, just a first name, which is something that never happens at Twitter.

Verdict : The Brit Method Bitcoin System is a Scam !!

We believe from the evidence we have exposed in this review make you clear to stay away from this fake Brit Method App. It was not founded by the man in the photos, who is known by different names on similar sites. There are lies told about the offer of free access being available private invitation only, and a false guarantee that you will be paid £10,000 if you do fail to make hundreds of thousands in profits. All the credentials and testimonials on the website are fakes.Our conclusion to this review is that the Brit Method Bitcoin software is a sure scam has been set up with the aim of attracting novices to bitcoin trading. Nothing on the website is to be trusted. It uses typical scam tactics to pressurize people into funding what they are led to believe is a risk free money making method.