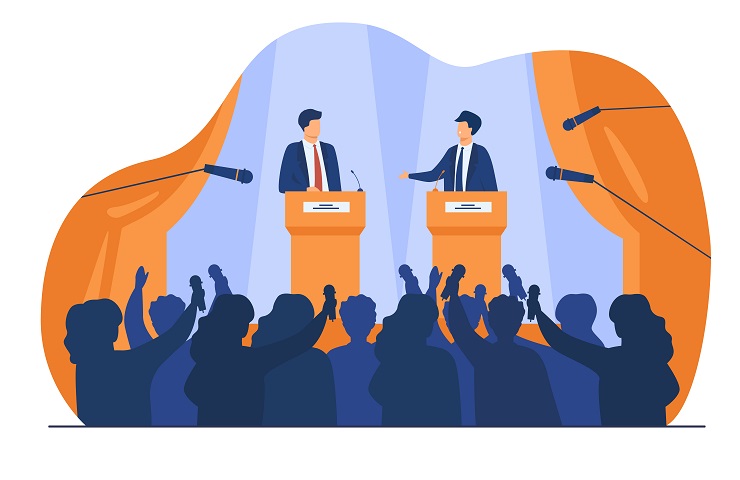 How To Overcome The Fear Of Public Speaking

One skill that will immediately make you a better business owner, is the skill of effective public speaking. Unfortunately, that’s not a skill that comes naturally to most entrepreneurs. Those who struggle with public speaking either work hard to build their confidence and ability, or they settle for the fact that public speaking is “not their thing” and constantly pass the mic to someone else.

Unfortunately, the fear of public speaking is one thing that often keeps entrepreneurs from taking their businesses to the next level. As small business owners, we are the face and the voice of our company. In order to attract a larger audience, and keep our existing audiences engaged, we need to be able to tell our own story in a compelling way.

Whenever you pass up opportunities to speak in front of large groups, participate in media interviews, and present during meetings, you are are shutting your business off from the growth opportunities it needs. Your company’s future depends on your ability to speak up.

Here are 10 ways to conquer your fear of public speaking, so you can become the charismatic speaker you always wanted to be: 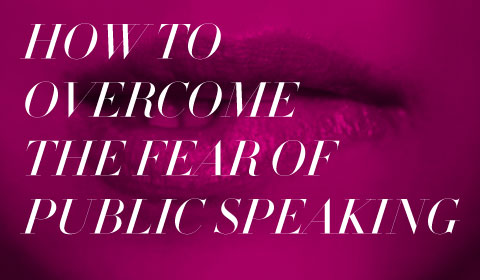 1. Identify What You Are Really Afraid Of

“The key to overcoming the fear of public speaking is really getting down to what it is that you are afraid of…After all, fear always seems to include a future event: I’m afraid I’ll forget my speech, I’m afraid they won’t like me, I’m afraid the company won’t follow my lead, etc. Be specific in your fear, and ask yourself: is this fear realistic? If a fear is realistic, take steps to address it.” -Chris Westfall

2. Challenge Your Fear With Comedy

“As a senior engineer with Intel Corporation, my job was to travel the world, doing technical demonstrations on stage. I was incredibly nervous about speaking on stage. First I went to Toastmasters, but that wasn’t anything like what it was like to be on stage in front of thousands of people. Looking for something more terrifying, I took a comedy class to get over the fear, and the comedy kind of took off. Now I perform all over the States as well as in many foreign countries.” -Dan Nainan

3. Don’t Focus On Yourself

“I came to the conclusion that I just had to fight my fears and get over it. I called my friend who’s a psychologist and we met in the nearest restaurant to talk it over. She explained that being nervous before presenting a speech in front of a group (no matter who the group consists of) is absolutely normal. The most effective technique that she taught me (and that really helped) is to take my attention off of myself. When in front of the audience, it’s important to think about anything in the world, but yourself. Pay attention to your audience, concentrate on the environment, etc… My friend’s tips have helped me tremendously. Though I still do get nervous before public events where I have to stand up and speak, once I begin talking it all disappears.” -John White

4. Have Confidence In What You Are Saying

5. Understand What Your Audience Wants From You

“The usual ‘record yourself’ or ‘look in the mirror’ techniques many preach actually backfire on me. I hate to hear myself speak and can’t focus in the mirror. So, I learned a strategy that works – and works very well. I studied the art of communication and learned the key is to actually pay attention to what the audience wants from you and to find a comfortable way to deliver it.” -Nate Silverman

“When I transitioned from being a teacher to being a presenter, I had to overcome the fear of facing large crowds….of adults. And experienced, polished, professional adults at that. I’ve learned that preparation is key. This includes finding out as much as possible about the audience in advance. And then, rehearsing the speech at least 20 times so it rolls trippingly off the tongue. It also means studying the best in the field and learning what makes them so good at speaking.” -Marlene Caroselli

7. Practice On A Less Intimidating Audience

“Although it’s necessary for me to speak publicly to promote my books, I was terrified at the prospect of doing so. I started by speaking at a retirement community figuring residents might not hear as clearly as some other audiences and therefore miss any nervousness in my voice. I also thought they might be more forgiving because I was coming as entertainment for them. They were a wonderful group for a beginning speaker; they bought my books, too.” -Nancy Lynn Jarvis

“I will always remember the first time I stood in front of a group of people. Once I got to the podium my mind for the first (and last) time in my life went completely blank and I could not utter a word. I finally decided to start reading my speech and, even then I did it like a robot. I couldn’t wait for that moment to be over. After returning to my desk, it was time for constructive criticism. The Professor said NOT to memorize a speech, just make an outline of the topics you want to talk about and then practice your speech by presenting those topics in different ways. Memorizing a speech can get you in trouble because if you forget any of the words you start stumbling, and it can be downhill from there. The next time I used that suggestion and I brought down the house.” -Bianca Delle

“I was a wall flower with a business to market. When I went to a professional conference to learn how to market, I was shocked and dismayed to hear everyone telling me public speaking was the best route and Toastmasters could help. I came home and spent three months trying to decide which would be less painful – trusting someone else with my career and financial well being by getting a job or learning how to speak in public. I chose speaking. I went to Toastmasters and not only learned a skill that now generates revenue for me but I found another whole side of myself that has enriched my life enormously.” -Susan Lannis

10. Trust Your Mind To Fill In The Blanks

“My very first public speech, I stood in front of a room of 100 people and stood there for about 2 minutes until I pushed myself to say something. Since then I’ve have improved immeasurably, and now I am completely comfortable in front of people.The key to this transformation started with a class. The key thing I learned (and now teach) is that we have to trust our minds to be able to fill in the blanks between the major points. Meaning you don’t need to have a fully scripted speech, just the main points. Then you are free to adjust and adapt to the audience in real-time, which makes for a more engaging presentation.” -Coach Eamon

“There was a time when I was a very soft spoken and fast talking person. This combination created a problem because one-on-one or in front a large group of people the audience couldn’t hear me nor understand me. Once I decided that I wanted to be an awesome speaker I had to change what I believed about myself. It was my time to take charge to be who I needed to be. To do this I re-set my inner voice from telling myself that I was meek and shy to telling myself that I am bold and courageous. Since I believed so much in the material I was conveying not sharing became a question of morality and helping others. Not speaking was no longer an option. I verbalized this over and over again until my vision became true and my beliefs changed.” -Mary Miller

You Can Become A Great public speaker

As you can see from the stories above, many other entrepreneurs were exactly where you are, but they worked through their fears and are now very effective public speakers. Choose one, five, or all of the techniques above, and give yourself the confidence to represent your business to anyone, anywhere. Good luck on your journey.

If you have any other tips to help entrepreneurs conquer their public speaking fears, please feel free to share them below…