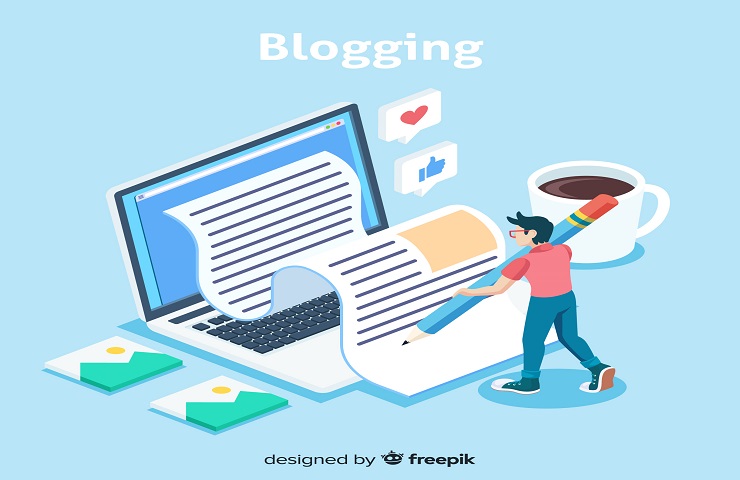 The Do’s And Don’ts Of Blogging.

Everyone has some sort of morning routine they do just to get their batteries charged. Some might need that quick fix of caffeine and newsprint. Others might want a little Hov blasting to get it poppin’ early in the morn. Me? Well, my routine used to be simple: Get up at 6:30 and head straight to the T.V for a little morning news and weather.

But now? Now it’s straight to the computer to check out the blogs and see if I missed anything those scant few hours I’ve been away. Sure it sounds sad. But don’t you go judging me. I have a problem. And besides, it gives me just enough leak… without the overbearing banter of those talking heads.

I have my favorite blogs I head to of course. We all do. But what exactly makes a blog successful? What makes one site gather a gang a heat while others coast along the crumb line? I posed that question and more to the one and only Natasha Eubanks, owner of one of the most successful gossip blogs on the net, www.TheYBF.com an urban gossip and lifestyle blog that breaks from the pack, with its following of more than 15 million readers a month. 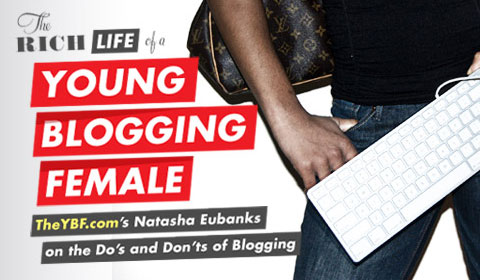 How did you make the leap from law school and becoming a lobbyist, to being the premier gossip blogger?

I thought it would be a good idea to turn a hobby into a career. It’s something I’ve always loved since a young age, reading gossip mags and watching E! news. I wondered how could I turn something I love to do into a way of earning a living.

Don’t get me wrong, I loved the idea of being a lobbyist and I’m sure I would’ve been successful at it, but being in law school just wasn’t for me at all. It didn’t make me happy. Once I realized I had to live my life for me and not try and please other people with my choices, that’s when I said “Ok, I can change my mind”.

Obviously, your choice to re-brand yourself has been a resounding success.
What is it you feel separates you from other bloggers in your lane?

For starters, I’m very responsible about what I write about. There’s a lot of things I could say and report on but I don’t. I might hold on to it for a later date, just in case someone messes me over (laughter). I try to look at the bigger picture. It’s not a good idea to go about trying to ruin someone’s career, especially for Black Hollywood or the Black community is general.

Why would I put certain things out there that’ll ruin it for everyone? Other bloggers would have no problem doing that and in turn write mean spirited things without verification or not looking at it from a big picture perspective. I’ve never been that type of person in my day-to-day life, so I don’t see the reason to be that way online.

So what is the one branding advice you would give someone looking to become a successful blogger?

First thing you need to do is not let someone else classify you because once that’s done, they can pigeon hole you and limit what it is you can and can’t do. It’ll then be that much harder to branch out. That’s one of the reasons I don’t like being classified as a blogger. Even still, an “urban blogger” because the brand is much bigger than just that.

Doesn’t that bump up against your brand name, “YBF: Young, Black and Fabulous” if its goal is to not be known as an urban blogger? You’re not called “Young Anyone and Fabulous”.

True. And I don’t have a problem with people knowing that I primarily talk about Black culture. However, I don’t want to be stymied into being only known as an urban blogger. I do talk about other issues of interest and we are branching out. So if you start off marketing yourself in a much broader way, you can’t help but expand. If you limit what it is you do or are about, it’ll be that much harder to expand your brand.

Besides you trying to takeover the world on a daily basis, what would you say is the hardest part of your day-to-day life and what would be the biggest perk?

I would have to say it’s probably fighting against people who don’t respect what it is I do. That’s all on the corporate side. I’m a 27-year-old Black woman, who deals mostly with, as far as advertising executive go, older white males who control ad placement. I’m not saying they don’t profess to love working with me and realize they have a sizeable niche audience here to advertise to.

But sometimes I feel they think we’re not intelligent enough to know how to run a successful business. They try and low-ball you in a lot of areas where I feel they wouldn’t attempt to if dealing with a different vendor. So it’s always come down to proving myself. I spend 10% of my day posting. The other 90% is spent doing business, thinking up expansion plans, strategizing and answering literally over a 1000 e-mails a day. I would say the best part is waking up knowing that I’m doing what I love.

Most people out here can’t say that, so I feel very fortunate. I get to reach well over 15 million people a month. That in it is crazy. So with that, I get to make some serious money (laughter). Now I have a new house, a new car and all that kind of stuff (laughter). I guess really, the best big perk is, now I get to fund everything myself. I don’t have any investors, so every venture I start is with my own money.

So is blogging itself a lucrative career choice or would you say it depends on who runs it?

It definitely depends on who’s running it. I bring in way more revenue than several sites that have more traffic than I do. It’s not just about your traffic. If you don’t know the business of how to place ads, what type of ad agencies to work with and what to charge for, you won’t get the most out of your business. There’s different ways of making revenue and it’s not solely based on placing ads either.

You have to do the work to find that revenue. I didn’t make any money the first 2 years doing this blog (laughter). Once I realized I had a niche audience that advertisers valued and wanted to reach, things changed. I’ve been doing this now for over 4 years, so I’ve made it a point to pay attention and learn these things. Now they’re willing to throw, upward of $10,000 to advertise for 2-3 days.

You spoke about funding future ventures. Does that include getting out there and extending your brand as a blogger/ TV personality?

I’m not that person. You won’t hear me saying, “Let me hit the red carpet tonight.” I’m not trying to do this and that for the sake of fame. I say,
“No” to way more things than I say yes to. In the end, that’s how you brand yourself. It’s what you say “No” to more than what you agree to.

There are the bloggers who have done the red carpet thing, and put themselves out there in an attempt to either fortify their brand or garner a larger market share. What’s your take on that?

Well, other gossip bloggers can go out and try to become the celebrities they cover, but that’s what differentiates me from them. That’s not a long-term plan. That’s not even where the money is. Most people don’t get paid to hit the red carpet. Being in front of the camera is a different business in itself.

Most people don’t understand the business of being a celebrity. They’re very few celebrities that make money from appearances and the like.
Especially in Black Hollywood. There’s no money in that. The ones who use this as a means to drum up publicity are usually the same ones falling behind in payments and are virtually broke.

Speaking about celebrities, what celebrity do you feel best exerts control over their brand?

That would definitely have to be Beyonce. I dare anyone to argue with that. I feel a lot of people hate on her because of the control she has over her image. Yes, she does control her brand to such a large degree that at times it can be annoying, but sometimes you have to in order for your brand to continue on message.

Look, she’s been in the game since her childhood and put in the work. She didn’t get to where she is from some PR stunt. She did it the other way: by showing her talent. She put in the work and became the celebrity she is today. I think because of that diligence, she’s become very careful of what she says and does to protect the work she put in.

Who would you say, on the flip side, hasn’t had control over their image and their brand?

That’s a little harder to weed out since there’s so many of them (laughter). I guess I’d say the celebrity who least has control over their image has to be Lindsey Lohan. I think a lot of people should take note on what she has done and try not to repeat her mistakes.

I don’t believe her drug use is the issue because a lot of celebrities have drug problem. Their problems aren’t known about or covered as much because they have better control and filters to make sure their image isn’t sullied. It’s all about who you have in place to do what you need to have done. You have to have that firm team in place. You have to be smart enough to hire people who might be smarter than you.

That’s what made Beyonce, or say Jay-Z, such a success at branding because they had trusted those who can do the things they can’t. Lindsey hardly hired anyone really outside of her family to manage her image. Her father is in play yet he has so many ulterior motives it’s no wonder her brand continues to erode.

You definitely are enjoying what you do. Would you consider being a blogger, a job or a career?

Definitely a career. This career I built is not just about YBF the blog. There’s a bigger empire in play here. I’m building up the brand into different companies in order for it to be a sort of one stop shop, media empire. I don’t believe there is anything like it at the time and I have a long way to go to reach that goal, but I’m working on it.

The closest, in terms of in- house functionality, would be Tyler Perry’s company. Also, there’s not a huge number of entities like that in the Black community. This is something I feel we need as far as controlling our own media and not always feeling the need to appease outside audiences. True ownership.