Is The Millionaires Club a scam?

Let’s review this question by first approaching the matter from all angles so you can see why these people are only taking you for a ride.We have seen that it’s an exclusive Bitcoin software, yet everyone is being welcomed to use the Bitcoin system. They now claim that if you use the Millionaires Club App on a consistent basis, you will be guaranteed of becoming a millionaire in the next 3 months. In addition to this, the Millionaires Club owner’s claims that all newbies with no experience in trading Bitcoin will make at least $3,706,487 in just 12 months, thanks to the fact that this is an automated Bitcoin system which only delivers accurate signals. 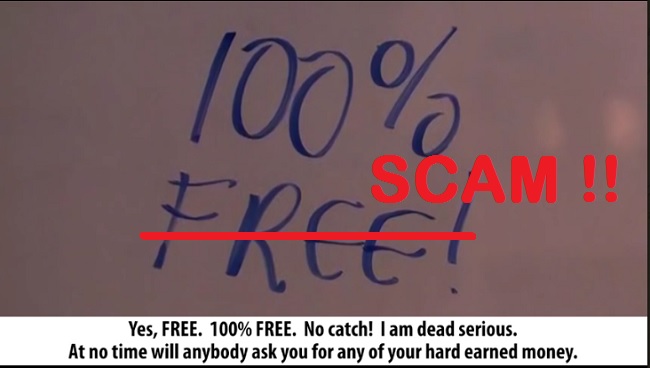 You can see very clearly that these claims are bold and powerful indeed. You see, making a million dollars is one thing. However, making that sum of money without lifting a finger or leaving your pajamas is just crazy. We don’t even know where on earth such things happen. But we’re quite sure that no one makes such an amount of money online without even doing a thing.

These claims appear to be too good to be true, and like we’ve always said, all traders should trust their instincts each time they want to get into something they don’t know yet.Anyway, in our The Millionaires Club review we check the benefit of doubt to see whether this Bitcoin software lives up to what it promises.

It certainly doesn’t catch you by surprise when you learn that the Millionaires Club Bitcoin software is just another Bitcoin auto trading bot that promises riches in a short time. We’ve seen over 20 of them launching in the past month alone. But of all these Bitcoin systems, none has made anyone a million dollar. What this means is that you shouldn’t have any hopes of making even a single cent using The Millionaires Club Bitcoin system.

Figuring out whether Millionaire Club Bitcoin software is a scam or not doesn’t take rocket science. The website that hosts this App looks similar to the majority that we have encountered before. It has the same tricks meant to convince unsuspecting traders to fall into the trap.

The top left side of this Themillionairesclub.co website has a fake scarcity counter which reminds you of the number of slots available before you can take your place. If you look at the bottom of the site, you will see a special link which is apparently associated with you. If you waste time, that link is supposed to expire, thus locking you out of the chance to access The Millionaire Club platform.

The truth is, they want your email and phone number as quickly as possible. Try refreshing that page and both counters will start counting afresh. What a joke?

If you’re going to spend time watching this pitch video, then you probably will realize that the owner of this Bitcoin software has nothing much to say concerning The Millionaires Club Bitcoin system. Actually, the entire video is made up of congratulatory messages to all traders who take a step towards becoming millionaires soon. It doesn’t tell us how the platform works and other useful details.

So, before we wrote this review, we decided to sign up for the Millionaires Club scam to see how it worked in ”snatching” money away from unsuspecting traders. Let us give you the details of what happens inside this bogus Bitcoin software.The moment you sign up with your name and email, you will be redirected to another page with a video telling you that you are among the 15 newly elected traders who shall become millionaires with this Bitcoin system.

If you remember, the owner of this Millionaires Club Bitcoin system promised that he would turn traders into millionaires in only 3 months. But what we find on this new page is contradicting. The video claims that you will make a million dollars instantly on the same day. What a joke and false hope these guys are giving us?

A Million dollar in one day without doing a thing !!

There is the usual crap of fake counters on this page as well. Look at the top right side of the page and you will see a counter that shows the number of visitors who are currently viewing the page. As at the time we viewed that page, the counter was showing 300 live visitors on the site. But when we refreshed the Millionaires Club page to see what would happen, the counter dramatically dropped to 20 visitors only. What a joke?

Anyway, despite all the jaw-dropping claims and fake scarcity counters being used in the Millionaires Club review website, we decided to give it a shot by entering our details on the new form that was presented to us. But after entering our details, we were redirected yet to another page which congratulated us for making it just in time to claim our spot among the 75 millionaires that were being made with this Bitcoin system. The number had miraculously jumped from 15 to 75 millionaires. Take note!

The next step involved funding our account in order to gain access to the Millionaires Club signals. We were presented with a form where we would enter our credit card details. Take note that none of the buttons or links on that page were functional. This meant that one had to send in the payment first so they could look around and see how this scam Bitcoin software worked.

They claim the Millionaires Club Bitcoin system is free when it’s not. You cannot use it unless you deposit a minimum of $250. Forcing you to sign up before entering into the program is dangerous because you’re basically relying on promise rather than proof that a Bitcoin system exists. And even if it does, there’s no guarantee that you’ll make any money. So just keep off from this fraud.