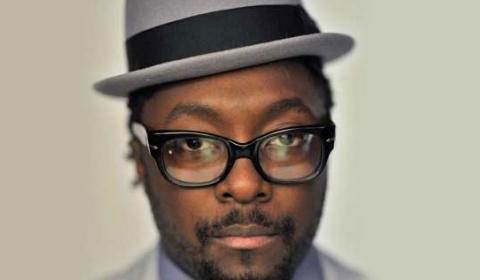 Will.I.Am: Brand Of A New Generation

He is a super producer who has produced music for more big-time Hollywood names than you can imagine-Michael Jackson, Usher, Justin Timberlake, John legend and countless others.

He has multiple Grammys to his credit, even snagging a Latin Grammy in 2006. He’s considered the brainchild of one of the biggest pop bands of all time, The Black Eyed Peas.

Will.I.Am (aka William James Adams, Jr.) could be called a powerhouse in entertainment—a rapper, producer, songwriter, singer and actor (he even played God on CBS network’s “Joan of Arcadia.) Some people are called triple threats. Will.I.Am is perhaps a “quintuple” threat.

Certainly, there are tons of entertainers who can do what Will.I.Am can do. But few of them have put their personal mark on the world the way The Black Eyed Peas’ front man has. There is something about the outspoken artist’s public appeal that resonates with fans.

Many people don’t realize that the talented entertainer attended a fashion and design school in Los Angeles. Those crafty futuristic costumes aren’t just the work of trendy stylists. Will.I.Am himself has designed many of The Black Eyed Peas groovy threads.

It’s no surprise that he has his own clothing line-“i.am”, which was unveiled in 2005—and an additional high-end denim collection, showcased in 2007.

In recent years, the producer’s political work has garnered as much attention as his stamp on The Black Eyed Peas’ music. As such, Will.I.Am has used his prominent voice in pop culture to spread the word on issues about which he feels strongly, primarily his support of President Barack Obama.

The President’s 2008 campaign was even branded with a song Will.I.Am wrote: “Yes We Can”—which quickly became a YouTube sensation.

When you touch so many different facets of the entertainment world, it’s pretty difficult not to be recognized as a trademark in the industry. Get a few people dancing in the aisles, and eventually you can move entire crowds. Move the crowds with style and they’ll really pay attention.

Once, you’ve got the world’s attention, the sky is the limit. Will.I.Am is evidence of that!