We found plenty of evidence that the Phoenix Trading is Scam, this fake Bitcoin software must be avoided. Our honest PhoenixTrading.co Bitcoin system review reveals the truth behind this offer. We expose it as a scam designed to appeal to people who are looking for ways to make money online.

William Johnston of the Marshall-Sherman Group is looking for 50 people to start testing the Phoenix Trading App for six months as part of a free trial. There is a strict requirement to qualify for this test, which is that you must have absolutely no previous trading experience. At the end of six months you will be required to respond to a survey, by Skype or via email, to give your feedback about the Phoenix Bitcoin Trading software and to state how much money you have gained from using it.

According to the website, The Phoenix Trading App is the first of its kind, but when we examined it for this review we could find no explanation about what exactly makes it different from any other Bitcoin trading robot. You just have to enter your email address and you will be taken to a page where you will be assigned to a Bitcoin broker. When you open an account with this broker and deposit funds of at least $200, you will receive an additional $200 for trading.

The Phoenix Trading program works entirely hands free, so all you have to do is set up the web based Bitcoin software and leave it to make trades with your money. Under this Bitcoin system, all your early profits from Bitcoin have to be reinvested in order to build up bigger returns. 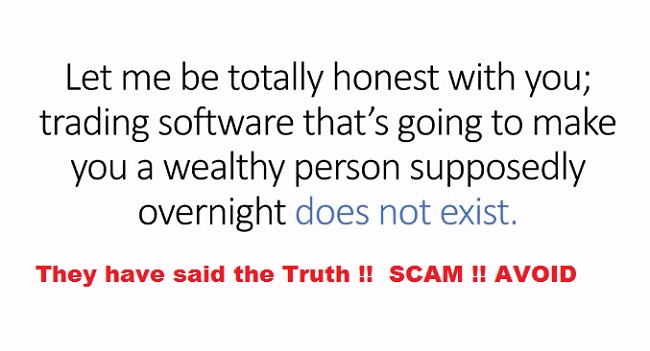 Is Phoenix Trading a scam? The evidence certainly proves that it is not to be trusted and in this part of our review we explain why there is a big risk in taking up the free offer. We strongly recommend not to fund with the Phoenix Trading App.William Johnston says in the presentation video of PhoenixTrading.co that you might not have heard of his company, Marshall-Sherman Group. There is a very good reason for this, because research for our Phoenix Trading review has exposed the fact that there is no such company. We found no consumer research company with a CEO by the name William Johnston and it is unlikely that he is a real person involved in offering product testing for businesses.

The trial period is supposed to last for six months, but to get started you are asked to deposit at least $200 and let the profits be reinvested into bigger trades. This means that you will never get back any of your money if a run of losing trades empties your trading account. While it is free to test the Phoenix Bitcoin Trading software, it is your own money you are risking by taking up the offer.

We strongly believe that after six months there will be no way to contact the fake Marshall-Sherman Group to give your feedback and there is no way to complain about losing trades from this scam Bitcoin system. Trading accounts shown in the presentation Phoenix Trading video are clearly not genuine. It is very easy to create a trading account with 100% wins, but it’s not possible for a Bitcoin software to achieve 100% wins. The markets are very volatile and even the best trading robot will not predict the right outcome every time.

Also see why Bitcoin Freedom Formula is a scam method ! 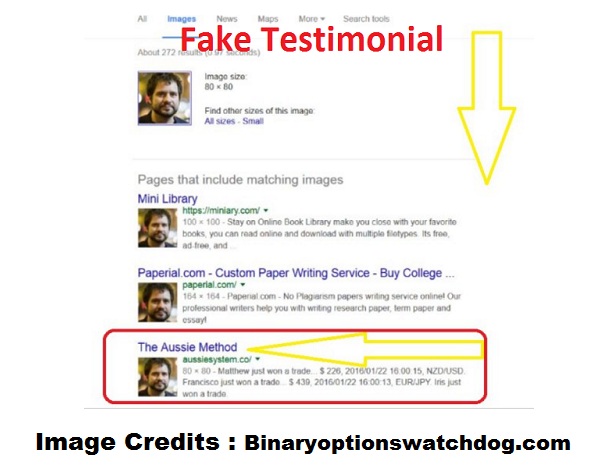 We could find no genuine endorsements from any traders beta tested the Phoenix Bitcoin Trading software. The first trading account shown in the video is in the name of a Davida Carr. We have searched the Internet for this Phoenixtrading.co review to see if we could find any mention of a trader by that name. Only one result appeared for the name of Davida Carr and she only uses that name for her Twitter account.

When we checked it out, we discovered that she is not involved in Bitcoin. The Phoenix Trading method has been set up to appeal to people who have previously tried to make money online and lost their money in a scam. This is made clear in the presentation video.

It is also stated in the review video that this offer is aimed at people who want to make money online, and in particular the sort of people who have already been victims of the type of scam that promised them a millionaire lifestyle. This fake App is designed for complete beginners in Bitcoin, so it provides no actual information about the Phoenix Trading signals, which the Bitcoin system relies on to make accurate forecasts in Bitcoin. An experienced trader would want some verification about the accuracy of the trading signals and would want to know more about what type of Bitcoin system is being used by Phoenix Bitcoin Trading software in its analysis of the markets.

The truth about Phoenix Trading has been revealed. The facts set out in this review are all proof of a scam. The offer comes from a product testing company that does not exist, using faked identities and showing bogus trading accounts. The Phoenix Trading scam is deceiving people into thinking that testers are needed to prove that the Bitcoin software works, but if you apply you will actually be risking your own money.Always check our scam Bitcoin software’s page before you sign up with any Bitcoin systems.Post your feedback about this fake Phoenix trading method below.