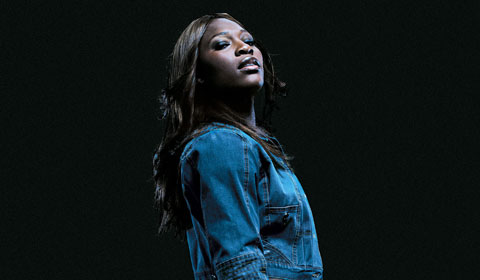 Picture it; you walk into a high-end nail salon. After selecting your color you take a seat at the manicure table, look up and recognize the nail technician as the infamous Serena Williams. Amidst rumors that the pro-tennis champ has taken up classes at nail school, this scenario could very well become reality.

But Serena Williams’s immediate reputation is more about her amazing abilities on the tennis court. She’s been ranked Number One female tennis player, and has won more Grand Slam titles (and prize money) than any other active female player in the world. The statuesque tennis player is also a two-time Olympic Gold Medal winner.

Off the tennis court, Serena Williams has made quite a name for herself. With each passing year, the world sees more and more of what really makes the tennis champion tick.

Her rambunctious nature is revealed by her vibrant and daring choices of apparel during tennis matches. Her spirited fashion options have translated into her personal red carpet selections. (Yes, we do remember that outrageous see-through red evening gown she sported back in 2004.)

That enviable figure has been featured twice in Sports Illustrated: Swimsuit Issue. So it should come as no surprise that she has delved into the fashion industry – branding herself a flamboyant up-and-coming designer. Serena even has her own line of clothing line called Aneres (her name spelled backwards)—and has even delved into handbags and jewelry, both of which are sold on the Home Shopping Network.

Serena’s zippy style has not gone unnoticed by other entities in the world. Both Puma and Nike have offered the tennis star lines of shoes. But you didn’t think that Serena would just stop with fashion did you? Like many other celebrities, Williams has been tapped for her vocal abilities. No, not singing but rather-voiceover work for animated shows such as “The Simpsons” and the Disney version of “Avatar: The Last Air Bender.”

It seems that the endorsements and appearances just keep coming. Tampax commercials, “Law & Order” episodes, and even music videos have been added to her resumé. And as if that wasn’t enough, both Williams and her sister have become the first African-American women to become part owners of an NFL football team – the Miami Dolphins.

It has become quite clear that Serena Williams is not content to restrict her talents to the tennis court. The outspoken athlete has created quite an image in entertainment and business. In the tennis world, Serena and her feisty brand may receive no “love.” But off the courts, Serena Williams gets all the love in the world.